(US Immigration And Customs Enforcement)

Geoffrey Portway, a 40-year-old British-native living in Worchester, Massachusetts, will be sentenced to 27 years in federal prison next Tuesday for being found guilty of distributing child pornography, child gore photography, and solicitation to commit a crime of violence, according to the Boston Herald. That crime being the planning of abduction, rape, murder, and cannibalization of children in a home-made torture chamber in his basement.

1. He Built A Torture Dungeon In His House

When prosecutors searched Portway’s home in 2012, they were shocked to find a hidden torture dungeon that the accused built himself. The room, according to the Daily Mail, contained a ‘child-sized homemade coffin’ that had large speakers covered by wire mesh at one end, 3x2x4 steel cage, handcuffs, a steel table with steel rings for restraints with multiple locking devices. Sets of butcher, castration, and disposable scalpel knives were also found. The torture room was furnished with a small TV with cable, apparent internet access, and a chair. The dungeon was also sound-proofed.

US Attorney prosecutors believe the room was “a place he intended to use to keep kidnapped children while he sexually abused them and as a place to eventually murder and cannibalize the children,” according to CBS.

Several DVDs focusing on cannibalism and multiple freezers were also found in the home, according to WHDH. 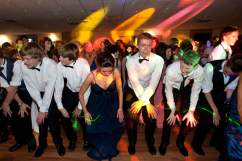 The investigation into Portway began in 2012 after they found him in a chatroom obsessed with cannibalization and child rape, according to the the Boston Herald. Portway was found to have been chatting with people online, under the name “Fat Longpig,” about the kidnapping, abuse, murder, and cannibalization of children.

“Many of these conversations were accompanied by the trading of child pornography. These chats also included images of children known to them, accompanied by discussions of the desire to sexually abuse, murder and cannibalize those children,” the U.S. attorney’s prepared statement says.

According to the Mirror, Portway used Skype to communicate with others with similar interests. There was one man in particular that Portway solicited help in kidnapping, named Michael Arnett of Kansas, Texas. Prosecutors released bits of his chats where they would exchange photos and speak about boys by name; this one discusses one potential victim in Baltimore:

Arnett: “Question is, would you go that far to snatch him?”

Portway: “I might, if I could get him. On just the chance of getting him, probably not. There are thousands of boys closer than that.”

Forensic examiners found over 4,500 exchanges of child pornography and media depicting dead children between Portway and others.

3. Portway Had Ties To Ronald Brown, Another Convicted Child Abuser

According to the Boston Herald, Portway’s online chats included people from across the U.S., including convicted conspirator, Ronald Brown. Investigators even found images from Brown to Portway “with lines drawn on him to identify the different cuts of meat.” The two even discussed renting a house in the Everglades, mutilating the child, and eating his body over the course of several weeks.

Brown was a professional puppeteer from Largo, Florida who was also arrested and convicted after he was found to be planning the kidnap and abuse of children from the church he worked at. According to the Tampa Bay Times, Brown fantisized of murdering and cooking children he entertained.

“I imagine him wiggling and then going still,” Brown said in an Internet chat session.

He is currently serving a 20-year sentence.

After Portway was arrested in 2012, prosecutors and the accused’s representation agreed to a plea deal with a sentencing range of 18-27 years. In the sentencing memo file Tuesday, according to CBS Boston, prosecutors are asking for the highest possible sentence, citing the recovered chats, solicitations, and clear intent to harm children.

According to the Daily Mail, Portway will likely be reported back to the UK after serving his sentence.

Operation Holitna, which contributed to the persecution of Portway, has been on-going since 2010. 160 children have been rescued and 51 perpetrators have been arrested on this on-going investigation, according to Foucart.

“Since we began this operation, a worldwide network of offenders has been, and continues to be, unravelled,” said Bruce Foucart of Homeland Security Investigations Boston. Portway’s guilty plea should serve as a stern warning: We will investigate you, we will prosecute you and we will bring you to justice.”

Read More
5 Fast Facts, Crime, Massachusetts
Geoffrey Portway, 40, is going to federal prison for planning to abduct, rape, murder, and cannibalize children in a home-made torture chamber in his basement.