In her opinion, Judge Jacobson wrote, “Same-sex couples must be allowed to marry in order to obtain equal protection of the law under the New Jersey constitution.” The opinion is 53 pages according to nj.com.

New Jersey’s Republican governor Chris Christie however, is not celebrating. Christie, who has outspokenly opposed gay marriage in the Garden State, says he will appeal the decision.

His spokesperson released the statement:

Governor Christie has always maintained that he would abide by the will of the voters on the issue of marriage equality and called for it to be on the ballot this Election Day,” said Christie spokesman Michael Drewniak. “Since the Legislature refused to allow the people to decide expeditiously, we will let the Supreme Court make this constitutional determination. 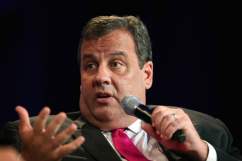