Secretary of State John Kerry arrived in Geneva, Switzerland, today to speak with Russian Foreign Minister Sergey Lavrov regarding a resolution to put the Syrian chemical weapons crisis to rest. The discussion surrounded Syria turning over their chemical weapons stockpiles to the international community for collection and decommission. The two state representatives are working toward coming up with at least a vague blueprint for implementing this plan, according to CNN. The talks are expected to last two days, extending to Saturday.

In his media address, Kerry maintained that military options are still on the table in reaction to Syria’s use of chemical weapons.

“We are serious, as you are, about engaging in substantive, meaningful negotiations even as our military maintains its current posture to keep up the pressure on the Assad regime.”

Kerry emphasized that the plan for the turnover of chemical weapons stocks needs to be “comprehensive,” “verifiable” and “implemented in a timely fashion.” He added that consequences must be added to the agreement for if Syria does not comply. The U.S. Government does not hold much stock in the words of the Assad regime, but rather looks for action to provide confidence.

“The world wonders and watches closely whether or not the (Bashar al-) Assad regime will live up to its public commitments that it’s made to give up their chemical weapons and whether two of the world’s most powerful nations can, together, take a critical step forward in order to hold the regime to its stated promises,” said Kerry.

Kerry on #Syria at start of Geneva talks: "the words of the Syrian regime, in our judgment, are simply not enough"

Assad took to Syrian TV today to further promote this solution to the international crisis, but emphasized Russia’s role in the diplomatic process.

“Syria is handing over its chemical weapons under international supervision because of Russia. The U.S. threats did not influence the decision,” said Assad.

The New York Times released an op-ed today penned by Russian President Vladimir Putin, where he addressed the current status of the crisis, criticizing the U.S. for their antagonistic role.

Syria is not witnessing a battle for democracy, but an armed conflict between government and opposition in a multireligious country. There are few champions of democracy in Syria. But there are more than enough Qaeda fighters and extremists of all stripes battling the government. The United States State Department has designated Al Nusra Front and the Islamic State of Iraq and the Levant, fighting with the opposition, as terrorist organizations. This internal conflict, fueled by foreign weapons supplied to the opposition, is one of the bloodiest in the world.

Mercenaries from Arab countries fighting there, and hundreds of militants from Western countries and even Russia, are an issue of our deep concern. Might they not return to our countries with experience acquired in Syria? After all, after fighting in Libya, extremists moved on to Mali. This threatens us all.

Carney: WH "not surprised by President Putin's words" and a "great irony" of US freedom of expression in op-ed that does not exist in Russia

Vladimir Putin was not fulsome or fair-minded in his NYT op-ed and every corner of the American internet is ON IT.

Soon after the release of the op-ed, Foreign Policy released an exclusive report, saying that the U.N. investigation will reveal a “wealth” of evidence that points the blame of the August 21 chemical weapons attack in Syria onto the Assad regime. 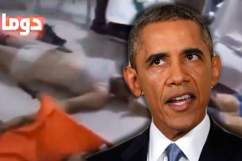