Michael DeMaio, 55, is being held by police for allegedly beating his wife, Diane DeMaio, 54, with a baseball bat in their $7.3 million home in Greenwich, Connecticut. According to the Connecticut Post, the mother of three was found by her mother lying in a pool of blood on the floor of a closet.

1. She Said She was Leaving Him

PD: man bludgeoned wife with baseball batPolice say a mother was attacked by her husband with a baseball bat at their mansion in Greenwich.2013-09-11T22:19:36.000Z

Police are saying that this incident may have been a crime of passion and Greenwich Time has learned that Diane DeMaio may have just told her husband that she was leaving him.

After police arrived on the scene and arrested Michael, he is reported to have told them, “I lost it, I just lost it.”

He also confessed to authorities that he had repeatedly hit his wife in the head with a baseball bat. Above you can watch a news report including footage from DeMaio’s court arraignment.

Diane was taken in the Stamford Hospital and was listed as being in critical condition. At around noon on Thursday, reports began to emerge that she had slipped into a coma.

A witness told the Connecticut Post that they were worried she would not survive due to the fact that she most likely sustained brain damage in the attack. A police officer on scene said that when he went to apply pressure to a bleeding wound on her head, the skull felt soft.

3. She is a Nutritionist, He is a Unemployed

Diane DeMaio is a successful Greenwich nutritionist who, according to her website, specializes in food allergies and nutritional deficiencies.

Michael DeMaio is described by the Connecticut Post as being unemployed, but is also a pilot licensed in Connecticut.

The DeMaio family lives in 261 Round Hill Road, a property that is estimated at $7.3 million. Greenwich, CT is one of the wealthiest town in the United States and Trulia.com reports that the median sales price for Greenwich is $1,245,000.

Reports say that less than .04 percent of Greenwich residents are victims of violent crime.

DeMaio is being charged with a criminal attempt at murder and first degree assault. He is being held on a very high bail and if he does post it, he will be forced to wear a GPS tracking device until he is due back in court. 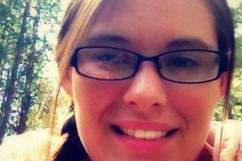