1. Denver Was Stabbed to Death on Wednesday Night

Police in San Francisco have said that an altercation broke out between two groups of men after the Giants beat the Dodgers 6-4 at AT&T Park in San Francisco. At some point a knife was pulled and 24-year-old Jonathan Denver was stabbed and died later in hospital.

Police said that Denver, who was with his brother and father, had been wearing Los Angeles Dodger clothing at the time of the attack. He had attended the game with his family. 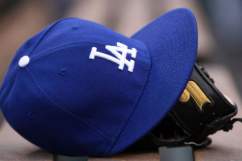 2. His Father Says His Son Acted in Self-Defense

It was a self-defense deal, (Michael) got jumped. (Denver and friends) started swinging chairs and he stabbed (Denver). (Denver) mouthed off about the San Francisco hat. It wasn’t even (Michael’s) hat. If they didn’t have the hat, they probably never would have been in this situation

@Paulfarrell1895 he's a helpful guy with a nice taste in cars

3. Despite Reports, Montgomery is Not a Major Baseball Fan

Michael Montgomery hadn’t been at the game like Denver, he’d been at a concert with his friends. According to reports he’s not even a big Giants fan. He encountered Denver and his family while Montgomery and friends were leaving a liquor store.

4. Montgomery is an Aspiring Electrician

According to Facebook page for Michael Montgomery, he graduated from Lodi Adult School in 2011 and was working at Cottage Bakery in Lodi. His father told The Lodi News that his son had been looking for work while ultimately hoping to become an electrician, which is also Marty Montgomery’s profession. His parents are divorced and he lives with his mother, Victoria Montgomery.

5. Another Man Arrested in Relation Was Released from Custody

Another man who arrested charged in relation to Denver’s death has been released by San Francisco police. Police Chief Greg Suhr told reporters:

One of the suspects during the course of the interviews (with detectives) made incriminating statements that give us the indication that he will be the person booked for homicide. We’re trying to figure out what we’re going to do with the other suspect.

Read More
5 Fast Facts, Breaking News, California, Jonathan Denver, San Francisco
Michael Montgomery has been named as the prime suspect in the murder of Jonathan Denver. Denver was killed after the Giants/Dodgers game on Wednesday.