Let’s hope you don’t or haven’t dated anyone who works for the NSA. Earlier this month, Inspector General George Ellard responded to an inquiry from Senator Charles Grassley (R-Iowa) asking whether NSA employees had used phone spying tools to listen in on their loved ones. The answer? Yes.

In the letter, which you can read below, Ellard claims that only in 12 instances have occurred since 2003 in which NSA employees have used Sigint, meaning signal intelligence, to spy on their husbands, wives, significant others, or ex’s.

The RT is also reporting that the inquiry was made after reports emerged with the shorthand signal LOVEINT on them. NSA employees are required to chronicle their activities and justifications with reports, SIGNIT is used when using signal intelligence, but LOVEINT was allegedly used when employees were spying on loved ones.

Read the letter below: 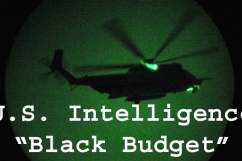 Read More
Breaking News, Government, NSA
Let's hope you don't have an ex-boyfriend or girlfriend who works for the NSA.