Prosecutors in West Virginia have accused Shelia Eddy , the 16-year-old West Virginia teen, as being the mastermind behind the savage murder of her former-best friend, Skylar Neese in July 2012, reports The Daily News.

Eddy is the second teen to be charged in the murder of Skylar Neese, the girls other childhood friend, Rachel Shoaf with being behind the murder.

It’s alleged by prosecutors that both girls lured Neese into the woods and fatally stabbed her to death in July 2012 because they didn’t like her anymore.

2. Eddy Will Be Charged as an Adult

Despite being 16 years old, Eddy will be charged as an adult. Shoaf pleaded guilty to second-degree murder in May 2013 and was found guilty. She is still awaiting sentencing and could face up to 40 years.

Eddy is expected to be indicted on murder charges in the coming weeks. It had been reported that Shoaf may face lesser charges if she told police about any possible accomplices. 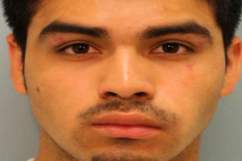 3. Eddy Was Involved in the Campaign to Help Find Her Friend

After Skylar Neese was declared missing in July 2012, Eddy joined in the campaign to help find her former friend. In January 2013, Shoaf broke down and told investigators where they could find Neese’s body.

4. On Her Twitter Profile She Openly Talks About Being a ‘Stoner’

maybe you should swallow your pride, smoke a blunt, pull the dick out of your ass THEN come talk to me

i wish all restaurants delivered, that'd be a stoners dream come true

last dancee with mary janee, one more time to kill the painn

Interestingly most of the tweets that reference marijuana are from January 2013, the same month that her friend Rachel Shoaf confessed to killing Skylar Neese.

this generation is fucked. imagine what it'll be like when our kids have kids

Loading more stories
wpDiscuz
0
0
Would love your thoughts, please comment.x
()
x
| Reply
The 16-year-old girl has been described as "twisted" and "sick" for her alleged role in the murder of her friend, Skylar Neese.