An horrific scene today in Queens, New York as two pre-teen girls where hit by an SUV and trapped underneath as they walked to school, reports The New York Post.

The horror quickly turned to heroism as a group of quick thinking Samaritans banded together to lift the car off the girls. One of those heroes, David Foubister told the Post:

I heard people screaming, ‘Oh my God! Oh my God!’ and I saw two little girls underneath the car. Like ten other guys did their best to try to lift the car up as much as we could to get to the girls…

As we got the girls out, the firefighter and paramedics pulled up and we let them do their job. We did what anybody would do. I just wanted to help those girls. They were in a state of shock about what happened. There were a lot of broken bones.

In total, one boy and four girls were badly injured by the driver. The unnamed assailant is in police custody, he was arrested at the scene. The horror occurred here, at 71st street and Grand Avenue in Queens, New York: 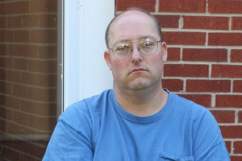 Read More
Breaking News, New York
The two pre-teen girls were hit by the SUV while the walked to school.