We all love a story about groups standing up to the evil mongers at the Westboro Baptist Church, and this one is particularly brilliant. Drag/gay icon RuPaul will be hosting a drag show outside of Equality House, the gay rights organization that bought a house outside of Westboro’s HQ in Topeka, Kansas, on October 26.

Westboro’s tweeting leaders have reacted with their typical outrageous outrage:

“@BobbyTBD: Love the sassy idea! There’s Going To Be A Drag Show In Westboro’s Front Yard” Got your runway ready ;) pic.twitter.com/5yir0aG3Lm

In June 2013, Equality House recruited a 5-year-old girl to sell lemonade outside of their home as a message of peace to Westboro. The church responded by calling her a “fag enabler.”

Queerty, reporting on the show, has pondered what exactly the Westboro Baptist Church, and more specifically, the “church’s” patriarch Fred Phelps and his mouthpiece gasbag daughter Shirley Phelps’ reactions to the drag show will be:

Will the Phelpses dare to bring it to the floor? Will Shirley Phelps-Roper finally experience the magical kiss of makeup upon her hollow, hateful cheeks? Will Rev. Fred Phelps tuck what exists of his manhood and throw on a sensible one-piece — or a daring bikini (gasp!) — for the swimsuit category we’re assuming will be part of this ball? 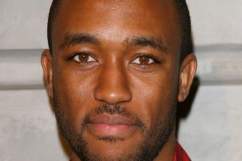