Doesn’t matter how much dyke Jane Lynch slobbers over him, Cory Monteith is in hell! @HollywoodLife @GleeIsAllINeed pic.twitter.com/7anqrv0mZq

The monsters at Westboro Baptist are at it again. During the 2013 Emmys, where Glee star Jane Lynch read out a touching tribute to her former co-star, Cory Monteith, but the hate-mongers from Topeka were not impressed. In a series of tweets about the show, they refer to Lynch as a “dyke” and claim that Monteith is “in hell.” 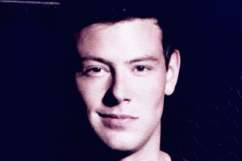 “@CNNshowbiz: Lead actor in a comedy series #Emmy goes to Jim Parsons for @BigBang_CBS.” A celebratory sign for him! pic.twitter.com/SkSN5MuUEt