The world’s most notorious leaking website, Wikileaks, are at it again as they have unleashed a bunch of emails from intelligence company Stratfor.

Stratfor is a Texas based company that rose to prominence during the NATO airstrikes on Kosovo in 1999 which led to a Time Magazine profile on their intelligence services. Barron’s magazine later called the company “the shadow CIA.” 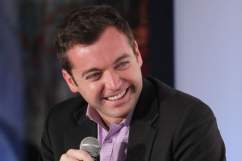 They reveal the inner workings of a company that fronts as an intelligence publisher, but provides confidential intelligence services to large corporations, such as Bhopal’s Dow Chemical Co., Lockheed Martin, Northrop Grumman, Raytheon and government agencies, including the US Department of Homeland Security, the US Marines and the US Defence Intelligence Agency. The emails show Stratfor’s web of informers, pay-off structure, payment laundering techniques and psychological methods.

The emails cover a range of topics including the Russian’s relationship with Bashar al-Assad in Syria, the Occupy movement as well as developments in the European economy. You can look at the documents for yourself here.

Read More
Breaking News, Julian Assange, Wikileaks
wpDiscuz
0
0
Would love your thoughts, please comment.x
()
x
| Reply
The emails deal with everything from opinions on Assad's wife to the Occupy movement.