A new, astonishing report from the Ohio Department of Rehabilitation and Correction, says that the Cleveland Monster Ariel Castro was largely left to his own devices while in solitary confinement, reports 10TV.com. 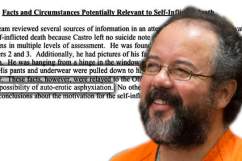 The two guards, Caleb Ackley and Ryan Murphy, are accused of lying in logbooks, in which they wrote that they were keeping up with their obligatory spot-checks. 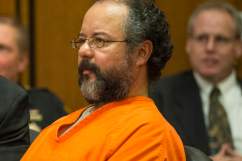 Ackley and Murphy have already been suspended from work pending a review into their conduct. The new report says that Castro was not en route to the hospital until an hour after his body is alleged to have been discovered.