Daniel Brewster Stillwell, a 23-year-old student in San Marcos, Texas, murdered his ex-girlfriend and her new lover in a jealous rage before taking his own life in dramatic fashion, vowing to drive his car off a cliff.

After police discovered the bodies of Hailey Nicholls, a 22-year-old fashion student, and Jesse Robledo, 26, in her apartment at 1 a.m. Thursday, a manhunt was launched for Stillwell. It ended at the Devil’s Backbone ridge, where Stillwell’s car was found wrecked and he was found dead — either from injuries suffered in the crash or a self-inflicted gunshot wound, reports The Statesmen.

Here’s what you need to know about Stillwell and this deadly love triangle:

Stillwell lived in the same apartment complex as Nicholls. The couple had broken up a few weeks previously, though Nicholls’ friends say she had been trying to end the relationship for a long time. When the jealous ex-boyfriend spotted Robledo’s car outside the home of his ex-girlfriend, Stillwell snapped. The 22-year-old armed himself with his roommate’s gun and used a brick to break into Nicholls’ home, reports KVUE.

According to police, Stillwell encountered Robledo first, in the bedroom, and shot him dead. He continued his rampage, murdering Nicholls as well. Both bodies were discovered around 1 a.m. on October 17. One neighbor, Cecilia Rodriguez, told Austin YNN she heard “…what I thought was gunshots and it just got quiet after that and all I heard was a bit shuffling as the person ran out.”

The terror unfolded at 317 Craddock Avenue inside apartment 303 at the Executive Townhomes in San Marcos, shown here: 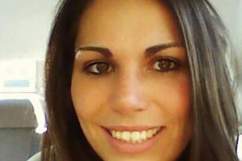 2. Stillwell Confessed the Murders & His Suicide Plan to His Roommate

After the horror unfolded, Stillwell called his roommate, Daniel Trottier, to confess what he had done. He also told Trottier that he was going to commit suicide.

According to police, the deranged ex told Trottier “he didn’t want to live in a cage and was going to kill himself by driving off of a cliff.”

Using the killer’s cell phone as a beacon, police were able to track Stillwell’s movements until about 2 a.m. on October 17. At around 1 p.m., the wreckage of his car and Stillwell’s dead body were found at the Devil’s Backbone ridge in San Marcos, Texas. Police Chief Howard Williams said, “We’re not sure exactly whether the collision killed him or if he shot himself.” Though Williams told reporters it was clear that Stillwell had died from “self-inflicted injuries.”

4. During Their Relationship, Stillwell Was Controlling of Nicholls

Chief Williams told reporters: “Saying more than I probably should, I don’t believe this was a rise of sudden passion. I believe this was planned.” The University Star reports that Stillwell was “controlling” of Nicholls. One friend of Nicholls, Sarah Wolfshohl, told The Daily Mail that Nicholls had been looking for a way out of the relationship for a while. Wolfshohl said, “I never thought he was capable of taking it to that point.” She added that at times Stillwell wouldn’t let Nicholls go out.”

Stillwell also knew Robledo previously, as all three worked together at a local Chipotle restaurant. 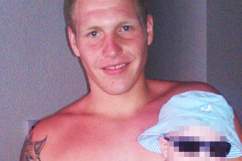 Nicholls’ twin sister, Shelby, said on her Facebook page that “words will never be enough to describe the pain hailstorm.”

Elsewhere across social media, Nicholls’ and Robledo’s friends tried to desribe their sorrow:

#RIP To a fellow Texas State bobcat, Hailey Nicholls, and also Jesse Robledo. This is such a tragic loss. Prayers to the families#TXST

My thoughts and prayers go out to the Nicholls family and friends. Hailey you will be deeply missed! RIP beautiful

Jesse Robledo you will ALWAYS be Remembered as an Awesome, Kind, Loving Individual. #RIP Stillwell will b Remember as a #COWARD! #TXST

Loading more stories
wpDiscuz
0
0
Would love your thoughts, please comment.x
()
x
| Reply
Daniel Stillwell couldn't take his ex-girlfriend Hailey Nicholls' new relationship with his co-worker Jesse Robledo, so he murdered them both drove off a cliff.