Glenn Greenwald will be leaving The Guardian to join a new media venture. Greenwald and his parter David Miranda pictured above. (CNN)

Glenn Greenwald, the journalist tied to Edward Snowden, has announced he is leaving The Guardian to join an unknown company backed by eBay billionaire Pierre Omidyar. The former lawyer and current columnist posted on his personal blog Tuesday he was given a “once-in-a-career dream journalistic opportunity” that he couldn’t pass up. 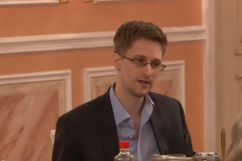 The venture will be funded by Pierre Omidyar, the billionaire behind eBay but it’s unknown if he is the only source of capital. The cash needed to start this business came through the Omidyar Network Investment firm. Omidyar is a well-known philanthropist and a firm believer in more government transparency.

Documentarian Laura Poitras will be joining the company as well as Jeremy Scahill but co-conspirator Barton Gellman from the Washington Post is not. The exact details of what this organization will eventually be is still under wraps but Greenwald has claimed it already has hired quite a few people. Greenwald has not divulged the role he will play in the company but will help shape the journalism being produced. The firm will be stationed in New York City, Washington D.C. and San Francisco but will expand its coverage of other topics besides national security. 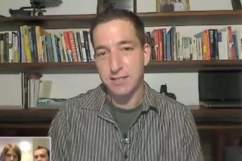