News is breaking that a grenade in a package has been found in New York City’s Time Square subway station off the A/C/E line.

Tell your friends to stay safe!

Update: The alleged hand grenade was actually a Chinese lantern.

Somebody needs their eyes checked. 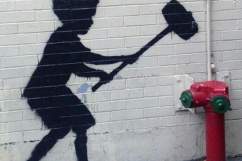