The Queen’s District Attorney is charging Humayoun Ghoulam Nabi, 27, a Pakistani national who is a resident in New York City of two counts of providing material support to terrorists and one count of conspiracy. Nabi is being charged alongside another man, Ismael Alsarabbi, 32, a US citizen of Palestinian and Kuwaiti origin, with Nabi being fingered as the operation’s ringleader, reports NBC News.

1. It’s Alleged that Nabi Became Radicalized After the Killing of Bin Laden

According to sealed court documents, Nabi became fanatical after the US Navy Seal Team 6 operation that eliminated Osama bin Laden. After this, he told an NYPD informant that he “hated the United States and… wanted to take a stand,” to help with this he would build a small “army.” He added that he wanted to “kill and cut [US soldiers] to pieces.”

He told one accomplice:

Curse our life. We are sitting here in peace eating chicken … and our brothers, they are dying, buddy.

The New York Post says that he “compared his efforts to that of bin Laden.”

2. His Attempts to Prove Assistance to the Taliban Had Previously Failed

It’s alleged that Nabi attempted to send sums of money to Kabul, Afghanistan, intended for the Taliban but had been questioned by officials. His plans briefly changed where upon he wanted to set up a non-profit organization that would act as a front for supplying cash to terrorists, reports The New York Post.

In March 2012, an NYPD informant, who Nabi believed was an ally, gave the Pakistani national nearly $4,000 intended to Afghanistan during a meeting in Bay Ridge, Brooklyn. It was Ismail Alsarabbi’s idea to send the money to Nabi’s father in Lahore, Pakistan, and he would in-turn send it to Afghanistan through one of the “zillions of trucks” he had going in-and-out of Kabul. Nabi sent $2,000 via a Western Union in Brooklyn to Lahore, he was observed by undercover NYPD officers while he did this, it was there that he’s alleged to have stated he wanted to “cut them to pieces.”

3. He Bemoaned the Taliban’s Lack of Equipment

Nabi maintained to NYPD informants that the reason the Taliban were finding it so hard to fight against US forces in Afghanistan was down to the sophisticated equipment of the US military. He believed the Taliban would defeat the US despite their soldier’s “big muscles.” The Daily News reports Nabi said:

The source of the Americans’ strength is their equipment, specifically good jackets, good goggles, good GPS.

Nabi also planned to learn the US soldier’s methods to help in the campaign, telling an undercover he said:

They can read eyes, like immigration agents, dogs, they read your eyes.

In June 2012, the NYPD set up a storage facility for Nabi to use in Jamaica, Queens, where he kept items such as ski jackets and boots intended for the Taliban. He even went so far as to set up a meeting with a man he believed was a Taliban representative, though really he was meeting another NYPD undercover officer, at Queens hotel. He stated to that officer that ultimately he wanted to provide weapons to the Taliban but didn’t have the means to do so.

The cold weather gear and electronics that the pair sought to provide could have endangered the safety of Americans as much as supplies of guns and ammunition. 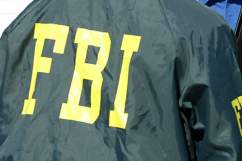 4. He Further Claims That He ‘Hates Jews’

In other documents relating to the case, Nabi says that in addition to his hatred of the country where he lived with his wife and child, he also hates “Jews.” Nabi had said that the purpose of his mission was to “level the playing field.”

On one taped conversation he states: 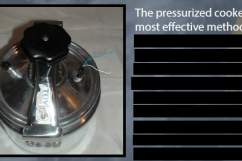 5. Nabi’s Lawyers Are Claiming This is Entrapment

Nabi’s lawyer, a Legal Aid representative, Ken Finkelman, told reporters that “nothing would have happened” had the NYPD not coerced Nabi into making deals and statements, reports NBC News. He said:

For 18 months, for two years, the NYPD was trying to convince a guy with a wife and child to send shoes and coats to Afghanistan. It’s totally in entrapment.

On the other hand Queens DA, Richard Brown said:

Our office worked closely with the Intelligence Division of the New York City Police Department on a long-term investigation. Whether the threat is posed by a large organized enterprise or a lone wolf, we must remain vigilant to identify and respond promptly and effectively.

With NYPD Commissioner Ray Kelly saying Nabi shows, “the spectrum of terrorism threats that the New York City Police Department must continue to guard against.”

Nabi was arraigned in court on October 8, he’s being held on $500,000 bond by Judge Elisa Koenderman. If found guilty, he could face up to seven years in prison, reports The Daily News.