The Las Vegas Review Journal has named as 12-year-old Jose Reyes as the shooter behind the Sparks Middle School attack that occurred on October 22 that killed teacher Michael Landsberry and wounded two other students. After the spree, Reyes turned the gun on himself and took his own life.

1. Law Enforcement Had Been Under Pressure From Local Media to Name Him

Officials in Sparks had said that the shooter would not be named out of respect to his grieving parents. Sparks City Attorney Chet Adams confirmed the identity to My News 4.

An editorial that had appeared in The Reno Gazette-Journal said:

The name of the Sparks Middle School shooter is a crucial fact.

But at a news conference Tuesday, the Sparks Police Department refused to identify the shooter.

Northern Nevada deserves to know the identity so we can understand what led the seventh-grader to shoot popular math teacher Michael Landsberry, injure two other students and then kill himself. 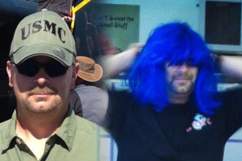 2. A Classmate Had Named Reyes as the Shooter in an Interview on October 22

A Spanish language channel, Univision Reno, had published an interview on October 22 with a classmate of Jose Reyes’ where she identified him as the shooter.

City officials acknowledged a report from the Univision affiliate in Reno that disclosed the name and said they would release it publicly to be fair to families and other media outlets.

Another student, Angelo Ferro, 13, told The Associated Press on October 22 about the horrific scene that happened at Sparks Middle on October 21. He said after hearing the initial bang, he only realized it was a gunshot when he saw a wounded classmate clutching his arm and shortly after seeing teacher Michael Landsberry lying lifeless on the ground. Ferro said he didn’t know the boy and added, “you could hear the panic. He left, thank God.”

3. Social Media Has Been Alive With Rumors About Reyes’ Identity

Social media had been alive with gossip as to the identity of the shooter but his name has had not been confirmed until October 24.

4. Reyes May Have Been Subjected to Bullying

There had been speculation that bullying was the motivation behind Reyes’ actions. It has also been reported that Reyes’ class had been shown the documentary Bully prior to the shooting, reports My News 4. One commenter said this in relation to Reyes and the documentary:

Officials in Sparks have said that Reyes’ parents may face charges as detectives believe the Reyes’ used in the attack came from his home. The gun is reported to have been a 9mm Ruger. Police have also said that they have questioned 20 to 30 students in their search for information relating to this tragedy.