Katelyn Roman, 12, and Guadalupe Shaw, 14, were publicly named by the Polk County Sheriff’s department in Florida as being responsible for the bullying that led to the suicide of Rebecca Sedwick. Both girls spent a short time in a juvenile facility on October 14 before being released into their parent’s custody. They are being held on house arrest. 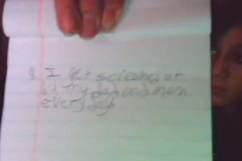 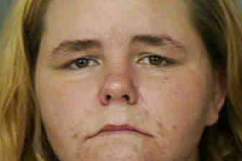 1. They Both Attended School With Rebecca Sedwick

All three were students together at Crystal Lake Middle School in Lakeland, Florida. The sheriff’s office have said that other students “corroborated” allegations that Shaw and Roman bullied Sedwick through threats, one of which led to an actual physical fight. The bullying is reported to have lasted between December 2012 and February 2013.

Rebecca Sedwick committed suicide by jumping off a cement silo in an abandoned concrete factory on September 10, 2013. 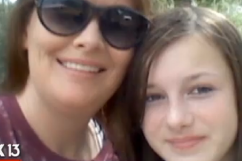 Rebecca Sedwick Was Bullied Into Committing Suicide Says Her Mother

At the time of the most severe bullying, Shaw was dating a boy who Sedwick had previously been seeing. This was the source of arguments across Facebook, as well face-to-face confrontations in school. According to the sheriff’s office, Shaw was seen as the antagonist, with witnesses saying that Sedwick often walked away from the confrontations. The sheriff’s press release says:

The bullying was personified by Shaw telling Sedwick she should “drink bleach and die.”

3. Shaw Convinced Katelyn Roman to Stop Being Friends With Sedwick

Rebecca Sedwick with her mother (Fox 13)

In February 2013, Roman was suspended for an attack on Sedwick.

4. Shaw’s Parents Say Their Daughter is not a Bully

Guadalupe Shaw’s parents have said that they believe their daughter’s Facebook page was hacked. They say their daughter is a “lovable,” “caring” girl. Her parents were speaking to ABC News, with her mother adding that: “I would check her Facebook every time she would get on it,” her father said: “If we saw something that was not right, we would’ve addressed it and it would’ve ended right then.” They also said that they checked their daughter’s cellphone regularly.

The controversial decision for Polk County Sheriff Grady Judd to release the identity of their daughter infuriated Shaw’s parents. In an interview on Good Morning America, Shaw’s father said: “My daughter doesn’t deserve to be in the place she’s in right now and I just hope that the truth comes to the surface so we can get out of this nightmare.”

5. There is a Paper Trail of Events Surrounding Sedwick’s Bullying

The above document from the Polk County Sheriff’s office, details a complaint made by Rebecca Sedwick’s mother, Tricia Norman, reporting physical threats her daughter had received and that she had an “ongoing feud” with another student. The unnamed student in that case claimed she never touched Sedwick.

Another document relating to a different incident involving Rebecca Sedwick that does not appear to involve bullying states: “Sedwick has lied to the Department of Children and Families before.”

Read More
5 Fast Facts, Breaking News, Bullying, Florida, Suicide
Katelyn Roman and Guadalupe Shaw have been named by the Polk County Sheriff as the two girls who bullied Rebecca Sedwick to the point of suicide.