A U.S. soldier out celebrating his imminent discharge from the military was stabbed to death in Lakewood, Washington, on October 5, by a fellow soldier reports KIRO.

Geike is white and his assailants are black, and the murder immediately sparked talk of a “racial hate crime,” though police refute that assessment.

Here’s what you need to know about Geike and the controversy surrounding his death:

1. It Was Being Treated as a Possible Hate Crime

Geike’s two friends, who were by his side when he died, said that five black men drove by the trio and shouted “something like white and cracker.” One of Geike’s friends, who is also in the military shouted back: “So this is how we treat combat veterans now?”

The five men got out of the car and confronted Geike and his friends. When the driver of the car realized the three men were military, he called his friends back. As they were leaving, Geike was cowardly stabbed by one of the men.

Despite the overt signs racial tension, local cops have “ruled out” the possibility of a hate crime.

2. Geike Was About to be Discharged

Geike was an aviations operations specialist. He’s been in the U.S. Army since October 2010 and had been based at Joint Base Lewis-McChord, close to Lakewood, Wasington since April 2011.

3. There Has Been an Outpouring of Emotion For Him

A heartbreaking tribute has been set up to Geike at the location where he died. Flowers and balloons decorate the area where Geike took his last breaths. One of Geike’s friends, a fellow military man, Matthew Barnes told KIRO: “He was a good man and a great soldier.” KIRO goes on to say that friends described Geike as a man “who was unflinchingly loyal to his friends.”

4. Cops Have Arrested Three Men in Connection With the Crime

Cops have arrested Jeremiah Hill, 23, Cedarium Johnson, 21, and Ajoni Runnion-Bareford, 21, in relation to the crime. Hill has been named as the main suspect. All three are active military personnel. It’s alleged that Hill was drunk at the time of the murder. 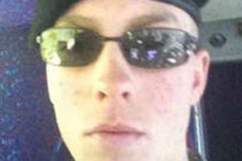 The alleged perps were driving in a blue four-door either Volkswagen Jetta or BMW with tinted windows. The men are all in their mid-20s according to The News Tribune. The main suspect is 6-foot-1, of medium build and wearing a blue zip-up top. The News Tribune describes the others as:

5. He Was a Kansas Native

Geike is a native of Junction City, Kansas but went to high school at R.B. Stall High School in North Charleston, South Carolina.

Loading more stories
wpDiscuz
0
0
Would love your thoughts, please comment.x
()
x
| Reply
Spc. Tevin A. Geike is a white Army soldier killed in a "racially charged" clash with a group of black soldiers near Joint Base Lewis-McChord in Lakewood, Washington. He was days away from discharge when he was stabbed dead after being called a "cracker."