A female teacher in Archbishop Stepinac High School’s religious studies department in White Plains, New York has been charged with raping a former student who was just 14 years of age, reports The Ossining Daily Voice.

1. Iles’ Affair is Said to Have Taken Place During the Summer

According to reports, Iles is alleged to have raped the student between June 11 and July 14. Iles has resigned from her job at Archbishop Stepinac (above) at the end of the 2012/13 school year, reports the White Plains’ Patch.

The boys is no longer enrolled at the school, reports News 12.

2. Illes Was Tutoring the Boy After School

Police were notified about the rape after the boy’s parents found out about his trips to meet Iles in her home Eastchester, New York. News 12 reports that the parents discovered cell phone videos of their visits. 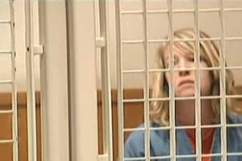 Iles will have to return to court in Westchester on December 4. If found guilty she could face seven years in prison having been charged with second-degree rape. Westchester DA Janet DiFiore told the Ossing Daily Voice:

As a teacher, this defendant was in a position of trust and authority. In becoming involved with a student incapable of consent, she abused that privilege.

4. The School Have Distanced Themselves From the Event

An official statement from Archbishop Stepinac school emphasized that the rape happened after Iles resigned her position. It read:

We are deeply concerned with matters involving the well-being of our students who are our top priority. Stepinac has and will continue to fully cooperate with any investigation into this matter.

5. Since Her Alleged Affair Iles Had Relocated to California

According to White Plains’ Patch, Iles flew from California on November 8 to surrender herself to police in Eastchester, New York. The Patch says she went west to “pursue other opportunities.” 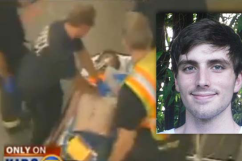 WATCH: 22-Year-Old Killed by Food Allergy in Prison After Guards Ignored Him