A man in St. Louis, Missouri, Anthony Brinkman, 32, is accused of trying to pimp out his 11-year-old daughter to be raped on Craigslist, reports KCTV.

1. He Was Arrested at a Cracker Barrel With His Daughter

Police in St. Louis arrested Brinkman, who was accompanied by his daughter, at a Cracker Barrel restaurant on Friday, November 1. The man had allegedly arranged to meet a woman he believed was going to assault his daughter. The woman was an undercover cop. According to the St. Louis Dispatch, Brinkman also wanted the woman to be his girlfriend and for her to help him find a boyfriend for his daughter.

2. The Pursuit of Brinkman Lasted Only 48 Hours

Between the time that Brinkman is alleged to have posted the ad and the time he was arrested, only two days passed. Someone had reported the ad to Craigslist administrators, who tipped off the police. The undercover officer made contact with Brinkman, he sent her pictures of his daughter. 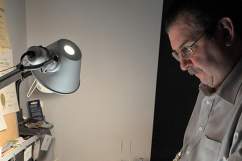 Police are holding Brinkman on $100,000 bond. Prosecutors told reporters that additional charges could be forthcoming, including sex trafficking, reports KSDK.

5. Detectives Do Not Believe Brinkman Ever Assaulted the Girl

The St. Louis Dispatch reports that “Investigators do not believe the girl had been sexually assaulted by Brinkman in the past.” The daughter was held for a brief period until relatives came to pick her up.

St. Louis Detective Mike Slaughter said Brinkman admitted planning the assault and was remorseful. The detective told the St. Louis Dispatch: “He said he was sorry and he was stupid. But you don’t let it go that far if you don’t have intentions.”