Richard Branson has blogged about Conan O’Brien’s attempts to conquer social media giant LinkedIn. With the late night talk show host already garnering massive numbers on Twitter and Facebook, now he wants to rule LinkedIn, despite the fact that he “doesn’t really understand it,” and that he thinks “it has something to do with business.”

After just a few days O’Brien had 90,000 followers on the site and is trailing behind Bloomberg editor and anchor Trish Regan. Conan told viewers on his TBS show that he hoped to get the support of LinkedIn’s most followed man, Richard Branson, but the Virgin media billionaire is not supporting him.

Branson wrote today on his blog:

While it’s not a competition, Conan mentioned he was next to Trish Regan, Anchor and Editor-at-Large at Bloomberg, in the LinkedIn follower stakes. He gave her a sly dig, and she hit back with a video of her own.

Trish’s team happened to be with us on Necker at the time filming a piece about our newly-rebuilt Necker House. They were delightful company, so I was happy to support Trish in her battle with Conan – watch out Team Coco!

Trish Regan also took the time out from her show to have a stab at O’Brien:

Are you enjoying using LinkedIn? Conan calls for people to join him to waste America’s time. Personally, I’m finding it a useful place to talk business, share entrepreneur advice and write about everything from favourite books to tips on how to hire. 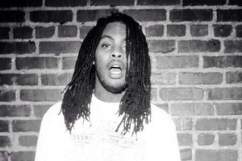 Loading more stories
wpDiscuz
1
0
Would love your thoughts, please comment.x
()
x
| Reply
If Conan wants to conquer LinkedIn, he'll have to do it without the help of the site's most followed user.