Although many Americans were thrilled at the prospect that ObamaCare or the Affordable Care Act would make health insurance more accessible and affordable, many lost faith when they saw the website.

After a number of crashes and implementation problems, customers and the media are demanding to know what is gong on with HealthCare.Gov. The website was designed to be an easy-to-use online marketplace where people could browse, compare and buy health insurance plans before the March 31, 2014, deadline.

Here is what you need to know about the embattled website:

1. It Was Designed by 55 Contractors

Many outlets reported that HealthCare.gov’s problem was the lack of communication or cooperation between the 55 contractors that helped create it.

Slate wrote a long piece in early October speculating that the issue was probably a critical bug located somewhere in the registration and server interface part of the coding, and criticized the Obama administration for not open-sourcing the code in order to find bugs.

Likewise, Politico has called for the resignation of Obama’s Chief of Staff Denis McDonough for allegedly ignoring major website problems and rushing its launch when it “wasn’t even close to being ready.” 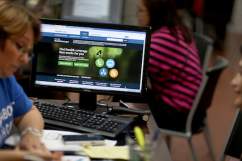 2. It Started Crashing on Day 1

President Obama’s Chief of Staff Denis McDonough is taking a lot of blame for the launching of the faulty site. (Getty)

The website began crashing just hours after its launch on October 1. The problem, as explained by the Washington Post, had to do with a “Bottleneck.” Because HealthCare.gov requires a person to create an account before shopping for insurance, a majority of people on the site were all dealing wit the same page, causing crashes.

As of now, the website ceases to function when around 20,000 to 30,000 people try to access the website at once, a little under half the capacity the site is expected to be able to hold.

3. Experts Say the Site’s Security Has Been or Will Be Compromised

This week several cyber security experts testified that HealthCare.gov should be shut down until programmers can fix holes in the site’s security. These risks, they told lawmakers, compromise the safety of millions of personal records related to healthcare and health insurance.

David Kennedy, the CEO of TrustedSEC, told the House Science, Space and Technology committee this week that he would guess the site has already been hacked, and if it has not yet, it soon will be.

A 24/7 attempt to “fix” the malfunctioning website is under way, with the Obama administration hoping that 80 percent of healthcare.gov users are able to purchase a health insurance plan by November 30.

However, many are questioning how effective the fix will be given its lack of time and lack of money. Healthcare.gov has already cost taxpayers an excess of $600 million, according to the AP.

Is ObamaCare Right for You? How Will It Affect You?

Wednesday, November 13, Democratic National Committee Chair Debbie Wasserman Schultz released a statement saying that over half a million people signed up for health insurance through the new Affordable Care Act legislation — though she did not specify how many of the customers purchased a plan via HealthCare.gov.

Read the whole statement below:

There are a half-million Americans who today have signed up for quality, affordable health insurance through Obamacare’s federal and state Marketplaces, Medicaid and CHIP. That is a significant achievement in the fight to provide every American with access to the health care that they deserve and it is only the beginning.

It’s time for Republicans in Congress and in state capitols to stop obstructing the law and confusing consumers. It’s also time for Republican governors to put aside their own rigid ideology and do what’s best for people in their states by expanding Medicaid, allowing an additional 5 million Americans access to coverage.

While we are encouraged by today’s numbers, we know there is a lot of work to do. President Obama and Democrats are committed to making sure that the glitches are fixed and the law works for everyone. 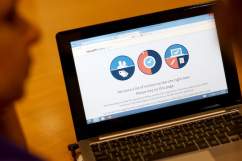 How to Get ObamaCare: 5 Simple Steps to Getting Insured

Loading more stories
wpDiscuz
0
0
Would love your thoughts, please comment.x
()
x
| Reply
Here is what you need to know about healthcare.gov.