Lee Harvey Oswald, the man who allegedly changed American history on November 22, 1963, was born in New Orleans in 1939. The story of how he went from humble beginnings to an assassin of the beloved President John F Kennedy is a long and strange story.

To this day many still believe that Oswald was framed or that he was just one accomplice in a vast conspiracy. Here are some of the more important facts you need to know in order to decide for yourself. 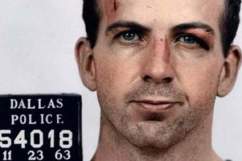 1. He Was a Marine Sharpshooter

In 1956, Oswald followed in his older brother’s footsteps and joined the marines. He was initially posted as a radar operator but, by late 1959 he had earned the title of “sharpshooter” for his ability with a rifle.

In 1959, Oswald left the army and traveled to the Soviet Union. He had been a vocal Soviet sympathizer in the army and actively attempted to learn Russian before leaving. Oswald remained in the Soviet Union until June 1962 when he returned to the United States, specifically to Dallas, Texas, with his young Russian bride and their infant daughter.

3. He is Suspected of Shooting at a Retired General

ON April 10, 1963, General Edwin Walker, a very conservative retired general who was vocally opposed to racial integration and any type of liberalism, survived an assassination attempt in which an unknown assailant fired a mail order rifle through his window.

Although it has never been official proven that Oswald was behind the attempt, the Warren Commission tasked with investigating the JFK assassination thought there was “strong evidence” that he had.

4. Oswald was Arrested While Handing Out Pro-Cuba Leaflets Earlier that Year

In August 1963, while living once again in New Orleans, Oswald became an outspoken advocate against the United State’s embargo of Cuba. While confronting an anti-Castro activist, the two got into a scuffle which led to Oswald’s arrest for disturbing the peace.

5. He Purchased His Rifle from a Newspaper Ad

A man holding the rifle used by Lee Harvey Oswald in his assassination of the American President John F Kennedy. (Getty)

The findings of the Warren Commission were that Oswald had purchased a Smith & Wesson revolver and a rifle with a telescopic lens for $19.95 from an issue of American Rifleman. The rifle was used and discovered inside the warehouse where Oswald had allegedly shot JFK. The revolver was found on his person when he was arrested later that day.