Buried in the LG’ Smart TV settings was the option to turn off data collection. As bad as that already is, Dr. Beet found that disabled the setting did absolutely nothing.

A man who goes by the name Dr. Beet on his blog, was disturbed to see his LG TV, a “Smart TV” showing him ads on the home screen. He dove into the television settings and noticed an undocumented, nearly-secret setting that said “collection of watching info: yes.” He turned it off, but lo and behold, the TV was still sending data home to LG.

Dr. Beet, as tech-savvy as he is, was able to monitor “packets,” or discrete blocks of information from the television, and noted that it was sending the names of every show he watched, as well as files names of any videos he loaded onto the television.

This info was all heading straight to LG’s servers.

He contacted the company, previously known as “Life’s Good,” and was told he’d have to take it up with the store he bought the TV at, that the store was responsible for telling him the TV was an Orwellian telescreen! Insanity.

Disgusting, LG. You ought to be ashamed of yourselves.

This information appears to be sent back unencrypted and in the clear to LG every time you change channel, even if you have gone to the trouble of changing the setting above to switch collection of viewing information off.

It was at this point, I made an even more disturbing find within the packet data dumps. I noticed filenames were being posted to LG’s servers and that these filenames were ones stored on my external USB hard drive. To demonstrate this, I created a mock avi file and copied it to a USB stick.

And sure enough, there it was… 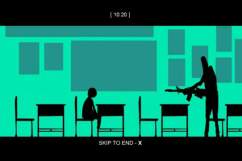 Loading more stories
wpDiscuz
0
0
Would love your thoughts, please comment.x
()
x
| Reply
The man discovered his TV had sent the name of his USB files to LG's home base.