Dramatic footage: Kazan Boeing crash caught on cameraShocking security cam footage of a Tatarstan Airlines Boeing 737's nosedive has been released, just as a number of theories about the circumstances and causes of the crash that claimed 50 lives are still emerging. RT LIVE http://rt.com/on-air Subscribe to RT! http://www.youtube.com/subscription_center?add_user=RussiaToday Like us on Facebook http://www.facebook.com/RTnews Follow us on Twitter http://twitter.com/RT_com Follow us on Instagram http://instagram.com/rt Follow us on Google+ http://plus.google.com/+RT RT (Russia Today) is a global news network broadcasting from Moscow and Washington studios. RT is the first news channel to break the 1 billion YouTube views benchmark.2013-11-18T12:05:33.000Z

The Boeing 737 crashed near Kazan, Russia en route to the airport, killing all 50 people aboard. The plane belonged to Tatarstan Airlines and crashed Sunday night.

RT reports that the cause of the crash is unknown, but given the extreme angle that the plane crashes at, virtually a nose dive, it seems probable that it was not pilot error and likely a major malfunction. 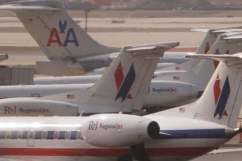