A peaceful upper middle class neighborhood in Arlington, Massachusetts, is in shock this morning after reports that a man, woman and two infant children were found dead in a home on Newland Road. The family have been named as Scott Jones, 43,, his wife Mei Kum Jones, 43, and their twin boys Colt and Cameron, 11 months, reports Arlington Patch.

1. The Bodies Were Found When Police Were Asked to do a Welfare Check

The Boston Globe reports an au pair asked cops to check on the family, and a cop made the gruesome discovery at around 12:07 p.m. on November 18. WCVB reported the au pair found the bodies.

2. The Couple Were Reportedly Estranged

Scott and Mei Kum Jones had been going through a messy divorce. A neighbor told My Fox Boston, “I know at one time my sister told me the police came because he threatened suicide.”

Though Clare MacFarlane, a neighbor, told The Boston Globe that she had seen the couple together last week and they seemed happy. 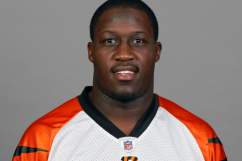 3. The Weapon Appears to Have Been a ‘Cutting Tool’

My Fox Boston reports source telling them that the crime scene was “brutal,” and that the weapon used appears to be some sort of “cutting tool.” A neighbor of the family, Stephen Trebino, told Fox, Scott Jones “was always working on the house, always go, go, go.”

The Chief Medical Examiner’s Office will not release the cause of death until autopsies are concluded. Arlington Patch reports that the victim’s were “slashed.”

4. Arlington Police Chief Has Said ‘the Community is Safe’

The deaths are being probed as homicides. Police have said that there are no suspects being sought in the crime. Chief Frederick Ryan told the media: “We’re quite certain that the community is safe and people can go out and go about their business this evening.”

The invesitgation into the tragedy is ongoing, as of the night of Monday 18 November, investigators are still taking evidence from the scene.

5. The Twins Were About to Celebrate Their First Birthday

The couple’s twin boys, Colt and Cameron, would have turned one on November 26, reports Boston.com.