Spirit airlines, the ubiquitously hated airline that The Atlantic recently called the “undisputed king of fee-mongering,” has reportedly done it again.

Known for their strange advertising, today, according to Twitter user @milkmh83, Spirit ran the above email advertisement playing off of the recent NFL bullying scandal surrounding Miami Dolphin lineman Richie Incognito. Earlier this week the world learned that Incognito apparently called the rookie biracial player Jonathan Martin a “half-n***er,” and claimed that he was allowed to be he was an “honorary black man.”

The add encourages users not to be “bullied by high fares,” but instead, “fly incognito,” and features a picture of a man in a football helmet.

We can only sit back and wonder with fear what ad Spirit will come up with next. 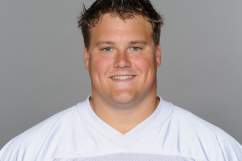