The hugely influential American screenwriting legend Syd Field has died at the age of 77, reports Variety.

Here’s what you need to know about this icon:

1. His Family and Friends Were With Him When He Passed

He died of hemolytic anemia in his home in Beverly Hills surrounded by family and friends at the age of 77. The legend will be survived by his wife, Aviva, brother, Dr. Morton Field and Lisa Arcos, his daughter.

2. He Was Considered a Screen Writing ‘Guru’

In 1979, he published his book Screenplay: The Basics of Film Writing. Regarded as a classic, the book was the first to articulate the common “three-act-structure” for movie writing. 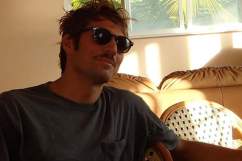 Variety reports that he worked with every major American movie studio at one time or another.

4. He Was an English Lit Graduate

His career in Hollywood was fitting as he was a native of the area having been born there in 1935, reports Screen Daily. Field was a graduate of the University of California at Berkeley with a BA in English literature.

5. There Has Been an Outpouring of Emotion From Hollywood A-Listers

His death has been mourned by some of Hollywood’s premiere screenwriters, Judd Apatow said:

What I learned in Syd Field’s class was here’s how Annie Hall works, and here’s how Witness works, and then I begin to think, ‘OK now how would I do it differently than that?’ That concept of ‘Always being in learning mode’ has stuck with me to this day…

“Confusion is the first step toward clarity”. RIP Syd Field 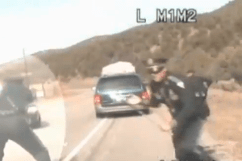 DASHCAM SHOCKER: Cop Fires on Minivan With 5 Kids Inside