A gunman has been reported on the campus of the University of Minnesota, reports CBS Minnesota.

1. A Section of the College Was Completely Locked Down

The college’s West Bank campus was locked down. Students were advised to seek shelter and keep away from windows, at 5:20 p.m., the lock down was lifted:

UPDATE #UMN alert: search of West Bank complete. No further need to take shelter. This was an attempted robbery – no shooting occurred.

2. The Gunman Stole a Laptop

The gunman may have committed an armed robbery. Early reports suggest a man tried to steal a laptop at gunpoint inside Anderson Hall in the school, reports KARE.

The Star-Tribune reports that a woman gave a man an empty bag when he asked for her computer at gunpoint. The man got angry and left. 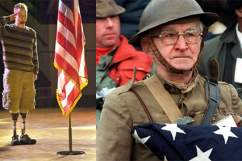 God Bless America: A Photo Tribute to Veterans Through the Years

3. The Alarm Was Raised by the School

An emergency tweet was sent out by the university.

4. Police Have a Suspect

UPDATE #UMN alert: police remain on alert but believe the suspect has left campus. All regular classes/activities will continue as planned.

The suspect has been described by campus security as a black male in his 20s, 6 foot tall, wearing a black hooded puffy jacket. The Star-Tribune reports that the suspect fled between the school’s tunnel system.

5. The University of Minnesota is One of the Most Secure in the Land

The school has a campaign called “The Step Up,” which encourages students to take preventative measures against criminals on campus. The school also has 2,000 CCTV cameras monitoring the school 24 hours a day. 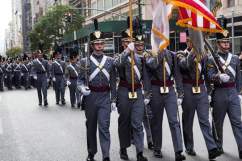 Veterans Day 2013: All the Photos You Need to See