Rob Bliss Creative and veteran charity organization Degage Ministries teamed up to make a video that has since gone viral. In the video, U.S. Army veteran Jim Wolf, who has faced homelessness, poverty, and alcoholism in recent years, gets a full makeover.

A hair cut and coloring, a nice shave, even a fancy suit go a long way. When the makeover is revealed to Wolf at the end, he looks instantly moves and bolts up to hug some people in thanks.

The video ends by telling the viewer, “Since filming, Jim has taken control of his life. He is not scheduled to have his own housing and is attending Alcoholic Anonymous meetings for the first time ever.”

Wait…so the people who made this video gave him a make over and then just sent him back onto the street? Maybe arranging some housing may have been more helpful than a fancy dye-job. Then again, I guess it’s his empowerment that really matters. 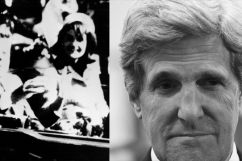