Four U.S. servicemen have been wounded in a shootout in Bor, South Sudan.

1. It Was an Evac Mission

U.S. troops were on an evac mission through the area of Bor when two aircraft came under fire. Four servicemen were wounded and one of the aircraft was heavily damaged.

2. U.S. Servicemen Came Under Fire From the Military

South Sudan officials are blaming the attack on a rogue faction within their military.

3. The Wounded Were Taken to Kenya

The mission was aborted and the aircraft left South Sudan airspace and headed to Uganda. The wounded were then transported to Nairobi, Kenya for medical treatment.

4. The Aircraft Involved Are Used For Rescue Operations

5. South Sudan is in a State of Turmoil

Since December 15, South Sudan has been in a state of turmoil that the government are blaming on an attempted coup by the country’s former vice president. The Associated Press reports:

South Sudan President Kiir, an ethnic Dinka, said this week that an attempted coup triggered the violence now pulsing through South Sudan. He blamed the former vice president, Machar, an ethnic Nuer. But officials have since said a fight between Dinka and Nuer members of the presidential guard triggered the initial violence late Sunday night. Machar’s ouster from the country’s No. 2 political position earlier this year had stoked ethnic tensions. 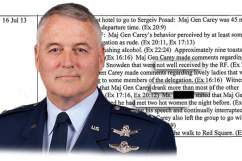 Loading more stories
wpDiscuz
0
0
Would love your thoughts, please comment.x
()
x
| Reply
The wounded soldiers were on an evac mission.