With the 32-team field officially set, the pots for next summer’s World Cup were determined at a press conference in Costa Do Sauipe, Brazil on Tuesday.

During this phase, the teams are divided into groups, which play a critical role in each country’s path to the World Cup Final. The eight groups are formed by randomly drawing one team from each pot out of a hat.

Each pot initially has eight teams, with the exception of pot 2 (seven teams) and pot 4 (nine teams). When the draw takes place, a European team from pot 4 will be moved into pot 2. That team will then be drawn with one of the four South American teams from pot 1- called pot X by FIFA – to ensure three European teams aren’t grouped together.

The U.S. team will likely be placed in an incredibly difficult group. The odds say the U.S. will be placed in a group with two better teams, Business Insider reported on Tuesday.

Pot 1 is made up of the top eight teams in the world, per FIFA’s ranking system. 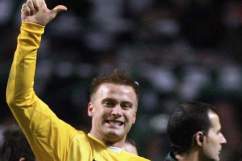