Austin Dillon is moving up to the NASCAR Sprint Cup Series full-time in 2014 with Richard Childress Racing. Dillon, who will drive the No. 3 car, will work with crew chief Gil Martin.

Who exactly is Gil Martin? Here’s what you need to know:

1. Martin Has Won All Three Division Cups as Crew Chief

Martin is the only crew chief to win the Cup, Nationwide and Sprint Series.

2. He Was the Crew Chief for Kevin Harvick

3. Martin’s Life Was Changed by a Mission Trip to Mexico

A trip to an orphanage in Monterrey, Mexico, offered Martin an entire new perspective on life, ESPN reported last December.

4. Some NASCAR Fans Upset About Return of Dale Earnhardt’s No. 3 Car

The No. 3 car has not been used in the Sprint Cup Series since the death of legendary driver Dale Earnhardt. Some NASCAR fans believe it should stay that way.

NO NO.3 CAR SHOULD BE USED IN NASCAR! Dale Earnhardt's number should never be ran in a race, EVER!

As much as I dislike Dale Earnhardt, and Junior, nobody should ever drive the 3 car again.

Dale Earnhardt's number should not be used in nascar anymore #Respect

5. Martin Feels Excitement and Pressure Working on the No. 3 Car

Listen to Gil Martin talk to Jim Noble and Chocolate Myers about the added pressure of working on the No. 3 car: 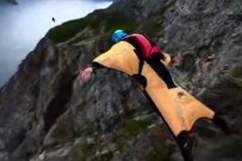 Read More
NASCAR, Racing
Follow Heavy ↓
The late Dale Earnhardt's No. 3 car will be back on the track in the Sprint Cup Series next season with Austin Dillon using the number. Dillon, who has teamed up with crew chief Gil Martin, will race on the SCS full time in 2014.