The H7N9 virus is a deadly virus spread by contact with poultry. It has killed 45 of 139 infected, most of whom were in China. Here’s 5 Fast Facts You Need to Know.

1. The First Hong Kong Case of the H7N9 Virus Was Reported Today

The Wall Street Journal said, “Hong Kong is on public-health alert after the city confirmed its first human case of the deadly H7N9 bird flu.”

The person infected, a 36-year-old woman had visited the Chinese city of Shenzhen last month and had come into contact with poultry. She became sick on November 21st, and was subsequently hospitalized.

Disturbingly, the government said that people that were around her were symptomatic, indicating that perhaps human-to-human transmission has become possible with the H7N9 virus. They are now being isolated.

2. The Virus Hasn’t Spread From Person-to-Person

The World Health Organization said on November 6, “So far, there is no evidence of sustained human-to-human transmission.”

Despite this reassurance, it is possible the virus could evolve to incorporate human transmission. Regarding an earlier version of the so-called Bird Flu, H5N1, an article on Berkeley.edu states, ” Luckily, H5N1 is not adapted to human hosts and does not have the genes that would allow it to be passed easily person to person. But evolution may change that.”

As long as the virus remains spread from bird-to-person, the number of cases will remain relatively low, but if it were to develop increased human transmission capability, a pandemic, or large spreading of the virus, could happen.

Image Credit: Wikipedia.
So far, it appears that the virus can only be spread by direct contact with poultry.

The World Health Organization said the Chinese Government has taken the following steps:

strengthening of epidemic surveillance and analysis;
deployment of medical treatment;
conducting public risk communication and information dissemination;
strengthening international cooperation and exchanges;
and is continuing to carry out scientific research.

The World Health Organization has not advocated special screening at points of entry, ports and airports for instance. This is likely because there is no evidence of human-to-human transmission. 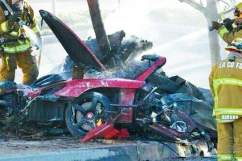 4. The H7N9 Virus is Successor to Other So-Called ‘Bird Flus,’ But This is The First H7 Type in China

According to the WHO, predecessors of the virus have appeared all over the world:

From 1996 to 2012, human infections with H7 influenza viruses (H7N2, H7N3, and H7N7) were reported in Canada, Italy, Mexico, the Netherlands, the United Kingdom, and the United States of America. Most of these infections occurred in association with poultry outbreaks. The infections mainly resulted in conjunctivitis and mild upper respiratory symptoms, with the exception of one death, which occurred in the Netherlands. Until this event, no human infections with H7 influenza viruses have been reported in China.

5. The Virus Cannot be Contracted Through Eating Chicken

Despite the virus’ ability to spread from bird-to-person, this ability does not extend to cooked chicken, as long as it is properly heated. The WHO says:

Influenza viruses are not transmitted through consuming well-cooked food. Because influenza viruses are inactivated by normal temperatures used for cooking (so that food reaches 70°C in all parts -“piping” hot – no “pink” parts), it is safe to eat properly prepared and cooked meat, including from poultry and game birds.

Diseased animals and animals that have died of diseases should not be eaten.

Loading more stories
wpDiscuz
0
0
Would love your thoughts, please comment.x
()
x
| Reply
The dangerous virus has infected some 139 people and killed 45 of them.