Karl Pierson, the Arapahoe High School shooter, was armed to the teeth with a 12-gauge, pump-action shotgun; three functional Molotov cocktails, a machete, as well as 125 rounds of shotgun ammunition, reports 9 News.

The shooter had laid out plans to attack five areas of the school and wrote on his arm in permanent marker “Alea iacta est” which means “a die has been cast” in English.

Pierson died of his injuries after he shot himself in the school’s library. Claire Davis, 17, was shot by Pierson and remains in a coma in critical condition.

Arapahoe County Sheriff Grayson Robinson has not ruled out the possiblity that there may have been accomplices. 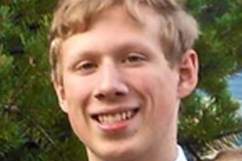