Ryan Loskarn, 35, is the chief of staff for Tennessee Republican Senator Lamar Alexander. He has been placed on leave by Alexander pending a child pornography investigation, reports Politico.

1. He’s Been Placed on Leave

I was just informed by the United States Senate legal counsel’s office that law enforcement agents are conducting a search of the personal residence of Ryan Loskarn, the chief of staff of my Washington, D.C., office regarding allegations involving child pornography.

I am stunned, surprised and disappointed by what I have learned. Based on this information, I immediately placed Mr. Loskarn on administrative leave without pay. The office is fully cooperating with the investigation.

2. Loskarn Has Been Working For the Republican Party Since 2007

Loskarn has been Alexander’s chief of staff since 2011 and has worked with the senator for many years, working with prominent U.S. Representative Marsha Blackburn as communications director between 2003-07. He replaced Matt Sonnesyn in the role who left to “pursue private interests” after ten years in the job.

He was named as one of Roll Call’s Fabulous 50 movers and shakers in 2011. On the list he was ranked as having a “1” in Mastery and Influence, and a “2” in Spin and Access.

He’s a native of Sykesville, Maryland according to his Facebook page.

He’s a graduate of Tulane University with a B.A. in history and political science. In 2010, Politico profiled his boozy 32 birthday weekend adventure in D.C. 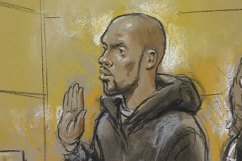