Pavel Pechenkin, 32, aka Ansar Al-Rusi, has been named as the alleged terrorist behind the railway station bombing yesterday in Volgograd, Russia, reports APA. Volgograd was formerly known as Stalingrad.

Here’s what we know about him and his alleged role in a wave of terror that continues today.

1. Sunday’s Bombing Killed 17 & Was Followed by a Second Strike Today

Sunday’s suicide bombing at the Volgograd train station reportedly killed 17 and injured some 50 more. Today, a second suicide attack, this one striking a trolley bus, killed 14 and injured several more. It’s reported that the equivalent of 22 pounds were detonated in the attack.

2. He’s a Convert to Islam Aligned With Dagestan Militants

Pechenkin was reportedly a nurse and/or paramedic in Russia’s Mari El Republic who converted to Islam, changed his name, and in Spring 2012 joined militants in Dagestan.

The area of Mari El is largely a Russian Orthodox area and only has a small Islamic population of around 5%.

According to Interfax, he is affiliated with a gang in Buinaksk, a suburb of Dagestan.

Dagestan is the capital of Chechnya, the same region once home to Boston bombers Tamerlan and Dzhokhar Tsarnaev.

The website Musavat.com published a photo and the video above, purporting to be Pechenkin.

3. There Were Reports of a Female Suspect in the Bombing

NBC News was reporting a source saying the suspect in the bombing was a female.

According to the existing information, the explosion was activated by a female terrorist suicide bomber, which got nervous when she got close to the metal detector, and saw a policeman. The investigation is also looking into the possibility that the explosion was caused by a man.

4. His Dad Submitted to a DNA Test

Pechenkin’s suspected remains were charred in the explosion, but his father has come forward to take a DNA test to help identify him. In an Interfax report, they say that law enforcement sources told them:

Pavel’s parents – Nikolai and Fanaziya – came to Dagestan in September 2013 and searched for him in the town of Buinaksk and the suburbs. The search was unsuccessful and they made a video address to their son, who had adopted the Islamic name of Ansar ar-Rusi. The parents failed to find their son and returned home.

The Voice of Russia reports that Pechyonkin left a note for his mother in Mari El to tell her he was leaving for Dagestan to join militants. In the time he was gone, he contacted his parents “two or three times.”

5. The Carnage Unfolds Just Weeks Before the Olympics

The bombings carry greater international significance, coming just weeks ahead of the Winter Olympics at Sochi, which is some 600 miles from Volgograd. 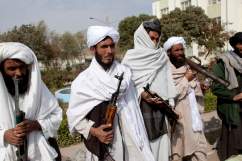 Loading more stories
wpDiscuz
0
0
Would love your thoughts, please comment.x
()
x
| Reply
Pavel Pechenkin aka Ansar Al-Rusi has been named as the alleged terrorist behind the railway station bombing in Volgograd, Russia.