A police officer in Pleasantville, New York has been suspended after he was accused of posting vile, racist statements on his Facebook page, reports The Pleasanville Patch. Officer Peter Burns, 35, last published on his Facebook page on December 11, he has since removed his entire profile.

1. He’s One of the Top Cops in Pleasantville

2. He Went by the Name ‘Coon Hunter’ on Facebook

He was operating his Facebook account under the name “Coon Hunter.” On it he wrote several vile posts including:

The fact that he (Obama) is still alive bewilders me. Go die in a shallow grave you Muslim commie…

He also referred to the president as “unAmerican” and makes reference for “1st amendment NSA.” 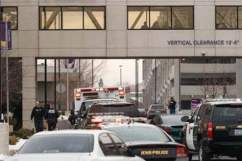 3. He Was Suspended as Soon as His True Identity Was Revealed

When Police Chief Richard Love became aware of the posts on December 16 he took almost immediate action and suspended Burns on December 17. In a statement, the chief said:

These statements were allegedly made by a Pleasantville Police Officer. Such statements are totally unacceptable and will not be tolerated. The Police Officer who allegedly made the posting has been placed on administrative leave and has been relieved of his duties. The Police Department has commenced an internal investigation into this matter. This investigation is presently ongoing. Following the conclusion of the investigation and the examination of its results, the Police Department will consider all legal options, including the possibility of commencing disciplinary proceedings against the Police Officer which could lead to his dismissal.

4. This Will Prompt More Calls For Cop Guidelines on Social Media

This incident will lead to more inquiries as to whether police departments and other emergency services personnel should have official guidelines when it comes to social media. In 2011, several members of the NYPD were suspended over racist remarks they made on the official Facebook page of the celebratory West Indian parade. Just last week in Indiana, a volunteer fire chief resigned for promoting the KKK on his Facebook page.

5. The Pleasantville Police Department Only Has One Black Cop

Danroy Henry was shot and killed by an officer from the Pleasantville Police Department in October 2010. (Facebook)

This is the second racist incident to impact the Pleasantville department in the last few years. In 2010, Officer Aaron Hess shot and killed teenager Danroy Henry. The teen, who was a college football player at Pace University, was black and the shooting was perceived to have been racially motivated. It occurred on October 17 2010, Henry was shot as he tried to drive away from a disturbance involving a bunch of people outside a bar. Hess was on the hood of Henry’s car when he killed him. The officer in question retired soon after. 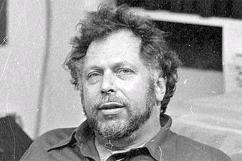