On December 26, up to 400 New York City teenagers stormed the Kings Plaza mall in Brooklyn to play the world’s largest “Knockout Game”. Using social media, the planned the organized the raid on the mall and between 5 p.m. and 7 p.m. succeeded in their objective to put the mall “on tilt” according to the RT.

The kids, who police estimate were all around 15 or 16 year old, reportedly stole and smashed small items and assaulted costumers and security guards. Since the mob, the mall has instituted a new policy that anyone under the age of 18 needs an adult escort while in the mall.

The “knockout game” as it has been called, involves a person punching an unsuspecting passerby in an attempt to knock them out. The game has been reported across the country and is currently the topic of anti-gang violence legislation in New York. 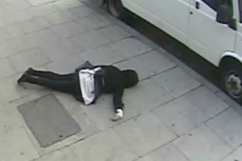