An investigation conducted by the AP has revealed that Robert Levinson, the American who has been held in Iran since 2007, was working for a rogue faction within the CIA. There has been no sign or communication from Iran about Levinson in three years. The AP first learned of Levinson’s CIA ties in 2010 but reportedly agreed to sit on the story as a matter of national security.

Here’s what you should know about this breaking story.

1. Levinson Flew to a Tourist Island off of Iran For ‘Business’ in 2007

In March 2007, Levinson flew to Kish Island, a popular tourist destination. The AP reports that days later he went to meet an “admitted killer” and disappeared.

2. The U.S. Government Has Firmly Denied That He’s a Spy

Robert Levinson, who was a retired FBI agent, was believed to be in Iran for “private business.” He served as the FBI bureau chief in New York and retired officially in 1998. In the official FBI missing poster, they describe Levinson’s disappearance:

Levinson, who retired from the FBI in 1998 after 22 years of service, was working as a private investigator when he traveled to Kish Island, Iran on March 8, 2007. He has not been seen or heard from publicly since he disappeared the following day.

The AP reports that a team of analysts at the CIA, people unauthorized to run spy operations, recruited and paid Levinson to spy in Iran.

He was on a mission for this shadowy group when he went missing inside Iran.

4. The FBI Had Been Offering a $1 Million Reward for Levinson’s Return

A billboard in Afghanistan informs bystanders on the reward for Levinson’s release. (Facebook)

In 2012, the FBI renewed its standing reward of up to $1 million for any information leading to the release or return of their retired agent.

According to the investigation, the CIA is reported to have paid Robert Levinson’s family $2.5 million to “pre-empt a revealing lawsuit.” 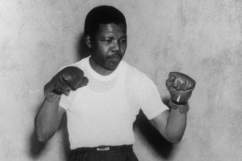 Loading more stories
wpDiscuz
0
0
Would love your thoughts, please comment.x
()
x
| Reply
The American who has been held in Iran until 2007 has just been revealed as a CIA spy.