Terry Lee Loewen, a 58-year-old man from Wichita, Kansas, has been arrested for allegedly trying to blow up a car bomb at the Wichita Mid-Continent Airport, reports The Wichita Eagle. Loewen was the subject of an almost year-long sting on the part of the FBI to get him, an already vocal advocate for violent jihad, to attempt to commit an act of terrorism.

Here’s what we know about Loewen and his alleged crime. Stay tuned for details on this breaking story.

Friday morning Loewen was arrested by FBI Joint Terrorism Task Force agents while he was trying to enter the airport’s tarmac with a vehicle he allegedly believed contained explosives.

According to the complaint, Loewen is an avionics technician who had credentials to enter the airport grounds.

2. He Is a Self-Proclaimed ‘Jihadist’

Dated December 11, 2013, this is the letter Loewen left for a family member.

According to the criminal complaint (read full document below), he wanted to martyr himself and “commit an act of violent jihad.” Above you can read the final letter Loewen left for a family member on December 11.

The FBI has been tracking the suspect since early 2013 and, around August 2013, Loewen expressed “his desire to engage in violent jihad on behalf of al Qaeda.” That is when undercover FBI agents began talking to him online in an effort to implicate him in terrorist activity.

On August 8, Loewen wrote to an undercover FBI agent about his affection for bin Laden and radical Muslim cleric Anwar al Awlaki, saying:

Brothers like Osama bin Laden and Anwar al Awlaki are a great inspiration to me, but I must be willing to give up everything (like they did) to truly feel like an obedient slave of Allah (swt). You stated you might be able to put me in contact with someone that might be able to help.

On August 21, he told an agent that he would be willing to “help” with Jihad and that he had been sending money to the family of You­nis Abdul­lah Muham­mad, the operator of the radical and traditionalist New York-based Islamic website RevolutionMuslim.com as well as donating directly to al-Qaeda in the Arabian Peninsula:

I have considered supporting some of our brothers and sisters in prison, and have been sending money to the family of Younnus Abdullah Muhammad, one of the founder [sic] of the Revolutionary Muslim Website, which is the first website that really helped me understand what obedience to Allah(swt) was. He is doing eleven and a half years over the whole South Park fiasco; isn’t democracy great? I still need to do more however. If by chance you know someone who is active in jihad and could use an occasional influx of “help,” please let me know.

4. He’s Charged With Trying to Use a Weapon of Mass Destruction

According to the FBI, Loewen spent months communicating with FBI undercover agents while studying flight schedule, gathering components to build the bomb, and studying airport layout. He writes, in his own words, in the letter he leaves for his family, that the “operation was timed to cause maximum carnage + death.” 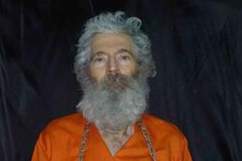 Loading more stories
wpDiscuz
0
0
Would love your thoughts, please comment.x
()
x
| Reply
The 58-year-old is accused of attempting to suicide-bomb the Wichita Mid-Continent Airport in Kansas. Here's what we know about him.