This is the moment the Sandy Hook sicko, Adam Lanza, called in an Oregon radio show in 2011 to talk about a chimpanzee named Travis who mauled a Connecticut woman in 2009. The tapes were obtained by The Daily News. On the call, Lanza uses the alias “Greg,” his identity was confirmed by friends of the Sandy Hook Killer.

You can listen to an edited version of the call-in here:

Lanza, who murdered 26 people in Newtown, Connecticut in December 2012 before turning the gun on himself, did not raise and alarm with his comments. Host of the show, a controversial man in his own right, John Zerzan, told The Daily News:

There’s nothing there indicating he was considering something so heinous and inconceivable. It was a year before Sandy Hook, so no one has any idea what he was thinking a year before…I don’t see how anyone could have guessed that with what was said.

The story of Travis, a chimpanzee that was raised like human, allegedly captivated Lanza. The chimp mauled his owner’s friend, Charla Nash, in North Stamford, Connecticut in February 2009. The primate was later put down. 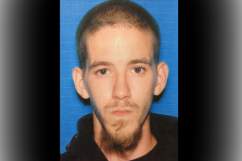 Loading more stories
wpDiscuz
0
0
Would love your thoughts, please comment.x
()
x
| Reply
It's the bizarre call in from the Sandy Hook shooter that's sending shockwaves throughout the world.