Today an Italian court found 26-year-old American Amanda Knox guilty of the murder of her roommate when she lived in Italy in 2007. Knox, along with her then boyfriend Raffaele Sollecito were convicted in the 2007 murder of British student Meredith Kercher. Kercher’s body was found with knife wounds on her neck in the room she shared with Knox in Perugia, Italy.

Here is what you need to know about Knox’s conviction:

1. She is Sentenced to 28 Years and 6 Months in Prison

Knox: "I am frightened & saddened by this unjust verdict. Having been found innocent before, I expected better from Italian justice system."

An Italian judge found Knox guilty of murder today and sentenced her to 28 years and 6 months, much longer than her original 2009 sentencing of 26 years in prison. 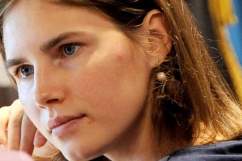 October 2011, Amanda Knox breaks down in tears after hearing the verdict that overturns her conviction and acquits her of murder. (Getty)

After the prolonged trial that follow the 2007 killing of British student Meredith Kercher, Knox was found guilty of murder an sentenced to 26 year in prison in 2009. After a lengthy appeals process, Knox was declared innocent of all charges and freed from Italian prison October 2011.

The appeal was given credence due to a reexamination of the DNA evidence, reported the New York Times in on October 2, 2011. Knox’s lawyer argued that there may have been enough contamination in the evidence to cast away any certainty in the case. 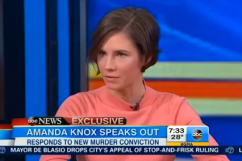 3. She Resides in the United States

After her 2011 release from an Italian prison, Knox was able to go home to Seattle for the first time since before her 2007 arrest.

She was safely home in Seattle when a new appeal came in March 2013. Today that successfully proved the DNA evidence rejected in the 2011 appeal was actually valid and permissible in court.

4. Her Italian Ex-Boyfriend was Sentenced to 26 Years in Prison

FLORENCE, ITALY – JANUARY 30: Raffaele Sollecito arrives at the Nuovo Palazzo di Giustizia courthouse of Florence for the final verdict of the Amanda Knox and Raffaele Sollecito retrial on January 30, 2014 in Florence, Italy. (Getty)

Italian native and Knox’s boyfriend while she lived in Italy Raffaele Sollecito was also sentenced today in the killing of Kercher. He was sentenced to 26 years, one year more than his original 2009 sentencing of 25 years.

Sellecito has been deem a flight right, according to the Guardian, and his passport has been revoked.

5. She Cannot Go Back to the EU

Because Amanda Knox will not be required to return to Italy by the U.S. government, she will remain a free woman in Seattle. However, there are a number of way Knox may yet see the inside of an Italian prison.

If she should ever go back to Italy or the European Union, Knox could be very easily arrested and brought to Italy to serve time. Likewise, if the case goes to a higher appeals court in Italy, the nation could be a position to formally request extradition from the United States back to Italy.