After over a year and a half of being on the lam, police have finally arrested Aubrey Lee Price, the 47-year-old banker wanted for embezzlement and fraud. Price, who you can see above before and after his time “on the lam,” was being searched for in Florida, Georgia, and as far away as Venezuela or Guatemala.

Here is what you need to know about this alleged embezzler:

1. His Tinted Windows Got Him Busted

Price was arrested after being pulled over for illegal tinted car windows in Glynn County, Georgia.

After being pulled over, police quickly realized he was being truthful. The Sheriff’s Office reported on Tuesday that Price was being, “held for federal authorities on a charge of giving a false name, address or birth date to a law enforcement officer.

The Daily Mail is now reporting that at the time of arrest Price was running a pot farm in south Georgia.

2. People Thought He Was Dead

Many people believed that Price had killed himself while in the Florida Keys shortly after being accused of embezzlement in 2012.

The authorities believed that Price was in the Florida’s Key West and the FBI released the security footage above of Price arriving at the the Key West airport.

While in Key West, Price told his family he planned on killing himself by leaping from a boat. According to the Atlanta Journal Constitution, he told his family in a letter, “My time has just run out. I die and will be buried in shame and regret as I should..”

According to the criminal complaint, which you can read above, Price is accused of serving as the director of phony investment firms which, “raised approximately $40 million from 115 investors, located primarily in Georgia and Florida.”

Of that $40 million, approximately $36.9 million was funneled to Price’s securities trading account at Goldman Sachs. He is believed to have taken $17 million personally.

Price was put on the FBI’s most wanted list after authorities were unable to locate him. The FBI was offering a reward of up to $20,000 for information leading to his arrest. The FBI said that he could have been in Florida, Georgia, or possibly Venezuela and Guatemala, where Price owned property.

5. He is Charged With Four Counts of Fraud

Price is charged with four counts of fraud in direct violation of 15 USC § 80b–2, a law specifically designed to prevent banking and investment fraud. 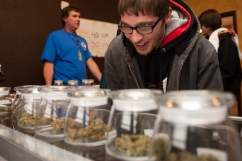 Read More
Breaking News, Crime, FBI, Florida, Georgia
After allegedly embezzling $37 million and telling his family he was committing suicide, banker Price was busted after a year and a half on the run.