The U.S. military are reported by CNN to have obtained a new video that show POW Bowe Bergdahl alive in Afghanistan. Bergdahl has been held captive by the Taliban since 2009.

The video is reported to show Bergdahl in poor health after his years in captivity. A Pentagon spokesman refused to speculate on the video and how or if it will affect efforts to bring Bergdahl, the spokesman said:

Sgt. Bowe Bergdahl has been gone far too long, and we continue to call for and work toward his safe and immediate release.

We cannot discuss all the details of our efforts, but there should be no doubt that on a daily basis — using our military, intelligence and diplomatic tools — we work to see Sgt. Bergdahl returned home safely.

2. The Video is About a Month Old

The video is dated December 14, 2013. This is the first proof-of-live from Bergdahl since February 2011. In 2013, his family received a letter via the Red Cross from Bergdahl. There had been dismissed allegations that Bergdahl had joined the Taliban and was training insurgents.

3. The Military Are Keeping His Family Updated

The military is keeping Bergdahl’s family in the loop about information they’ve received on his whereabouts.

He is the only known – U.S. soldier in captivity in the world.

5. He’s Being Held by a Group Affiliated with the Taliban

Bergdahl is 27-years-old from Sun Valley, Idaho. It’s reported that he’s being held by Haqqani network, who are aligned with the Taliban. 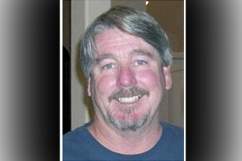