New documents made public today by the New Jersey Assembly transpiration committee reveal that Port Authority employees were confused by the order to close down multiple lanes of the already-crowded George Washington Bridge. David Wildstein, the former director of interstate capital projects for the Port Authority, resigned in December over criticism levied against him to close the bridge for a impromptu “traffic study.”

In the email thread, which you can read in full below, employees relay being:

…instructed by Wildstein to change the traffic pattern entering upper toll plaza specifically involving toll lanes 20, 22, and 24… The Measure could impact the volume of traffic from local streets.

Later in the email thread, the day before the new traffic pattern was to be instituted, one employee voices concern to another saying, “Will this affect our normal rush hour operation?” to which she receives the response, “Most likely. Concerns were made to no avail locally.”

This email thread suggests that employees unsuccessfully raised concerns about the closure to higher-ups at Port Authority. 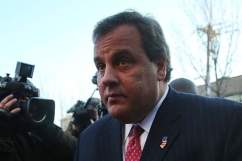