Jean Chisolm, 20, from Florence, Kentucky, was last heard from on December 19 when she told her sister she was travelling to Las Vegas. Chisholm had told her family that she would return to Kentucky for a doctor’s appointment on December 26 but she never showed, reports WCPO.

Police have confirmed as sighting of Chisholm in Vegas on January 3. She is reported to have been seen in Vegas strip hotel.

Here’s what you need to know about this missing woman and the ongoing search.

1. She Wasn’t Supposed to Head to Vegas Till After Christmas

Her sister, Josie, told The Review-Journal:

Police had been able to track her GPS through Missouri and New Mexico. It also showed that the positioning system was in Las Vegas for a time and then traveled to LA, then back to Vegas.

2. Her Car Has Been Located

3. She Had Been Suffering From Depression

It’s been reported that Chisholm had been suffering through some hard times. She had dropped out of school and had stopped talking to her friends.

4. Her Dog Was Found Tied Up Outside a Vegas Motel

On January 2, her dog, Chamber, was found tied up outside the Diamond Inn motel in Las Vegas (above), close to the strip. The woman who found the dog was able to trace it back to Kentucky and contacted Chisholm’s family. Her parents have said that Jena loved her dog and took him everywhere.

5. There is a Social Media Campaign to Find Jena

A Facebook page has been set up in attempts to locate Chisholm. Anybody with information on Chisholm is urged to contact the Las Vegas Metro Police Department at 702-828-3111. Chisholm has two tattoos: a black rag doll on the left clavicle and a large black and red tattoo on the right side of her torso. 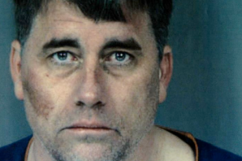 Read More
5 Fast Facts, Breaking News, Crime, Las Vegas
Jena Chisholm, 20, is the Kentucky woman who has been missing since December 19. Her car was found on January 3 in Las Vegas.