Check out the video below:

Like many postgame interviews, it was emotionally charged, and Winston’s answers to Rinaldi’s questions eventually morphed into somewhat of a monologue, which, apparently, was not articulate enough to please some viewers.

Dee Dee Bonner, the mother of Alabama quarterback A.J. McCarron, tweeted a message taking aim at Winston’s grammar. She deleted the post quickly, but not before @RichiePalmer took a screenshot.

This tweet got deleted fast by Aj McCarron's mommy. pic.twitter.com/GjygWLs3ue

Bonner subsequently apologized for her tweet, claiming it wasn’t intended to offend anyone.

Any1 that knows our family knows we r far from racist. My tweet was not in anyway meant that way. I sincerely apologize if it offended any1

However, it’s highly unlikely that Winston, coming off a 14-0 season and BCS National Championship victory in his freshman season, cares too much about what A.J. McCarron’s mom thinks about his English. 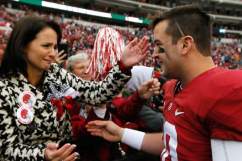 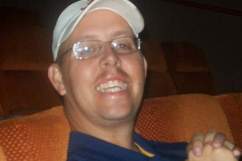