On Tuesday evening, Kyler Ann Ramsdell-Olivia‘s former fiancee drove out to the house they used to share in Syracuse, Utah to collect the last of his things. When he arrived he found the 32-year-old Ramsdell-Olivia and her daughters Kenadee, 13, and Isabella, 7 lying dead of gunshot wounds. On Wednesday Utah police announced they believe the cause of death was a murder suicide carried out by Kyler. Here’s what we know about her and this tragedy:

1. Neighbors Said There Were Frequent Domestic Disturbances in Her Home

Neighbors told the Standard-Exmainer that Ramsedell-Olivia and her fiancee had moved into their home around 3 months ago, and that they’d overheard “frequent domestic issues” coming from the house ever since. In fact, the police had responded to a call from the home at around 6 p.m. this Monday. Early Tuesday, neighbors saw Ramsdell-Olivia’s ex-boyfriend moving boxes into a U-Haul truck.

Joe Peterson lives across the street from the house, and told the Standard-Examiner he arrived home just as police were showing up. He recalled hearing the distraught ex-fiancee asking “Why [did she] do that?” over and over to no one in particular.

2. She Changed Her Facebook Profile Picture to One of Her and Her Daughters on Monday

Kyler’s Facebook Timeline is chilling for its mundane normality. Her 13-year-old daughter Kenadee shares teasing memes with her mother:

5 days before the murder, Kyler posted a status that seems to refer to an emotionally turbulent relationship:

3. Her Friends Are Shocked

Several friends have posted heartbroken remembrances on her Facebook profile:

4. Grief Counselors Have Been Sent To the Girls’ Schools

5. Experts Estimate a Mother Kills Her Child Every Few Days in America

A 2011 article in the Houston Chronicle, written in the wake of two high-profile instances of mothers murdering their children, asks just how extensive the phenomenon is. The Chronicle quotes a 2009 report from the US Department of Health and Human Services which found 17.3% of child deaths resulting from abuse were perpetrated by the mother, compared with 14.8% perpetrated by the father. This discrepancy might simply be the result of the disproportionate number of absentee fathers as opposed to absentee mothers (you can’t kill your daughter if you never meet her.) However with 1,740 dying from injuries caused by abuse or neglect each year, experts estimate at least 100 of those children are deliberately murdered by their mothers. The Associated Press quotes an anthropologist who has studied the issue:

“We’ve learned how to reduce auto fatalities among kids, through seatbelt use. We’ve learned how to stop kids from strangling on the strings of their hoodies. But with this phenomenon, we struggle,” says Jill Korbin, an anthropologist at Case Western Reserve University who has studied mothers who kill children. “The solution is not so readily apparent.”

How common is filicide, or killing one’s child, among mothers? Finding accurate records is nearly impossible, experts say. One problem is classification: The legal disposition of these cases varies enormously. Also, many cases doubtless go unreported or undetected, such as very young mothers who kill their newborns by smothering them or drowning them in a toilet after hiding the entire pregnancy.

“I’d say a mother kills a child in this country once every three days, and that’s a low estimate,” says Cheryl Meyer, co-author of “Mothers Who Kill Their Children.” 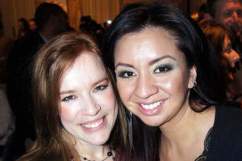 Heartbreaking Photos of Utah Mother Suspected of Killing Her Daughters

Loading more stories
wpDiscuz
0
0
Would love your thoughts, please comment.x
()
x
| Reply
Police in Utah believe 32-year-old Kyler Ramsdell-Olivia shot and killed her daughters and then herself, one day after her fiancee left. Here's what we know.